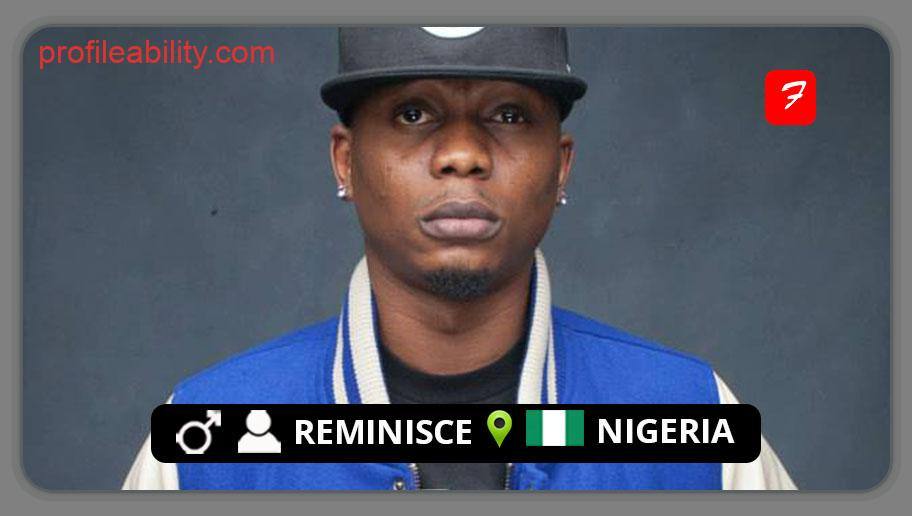 Reminisce, who was born on January 26th, 1981, grew up dreaming of being a rapper. He comes from a family that encouraged him to pursue his goals, and he worked hard to improve his abilities at all times.

He was a master of the art of performing in both English and Yoruba, and he was interested in different genres of local and international music. During his high school years, he also participated in school events and performed in school activities. He learned to rap by listening to artists such as Nas, Jay Z, and Snoop Dogg.

He studied Purchasing and Supply at the Kwara State Polytechnic and finished with a Higher National Diploma in Logistics.

Reminisce began his music career in 2006, but it wasn’t until 2008 that he made a comeback, recording a rap verse on a single called “Bachelor’s Life” off 9ice’s sophomore album “Gongo Aso.” His second single, “If Only,” was a love ballad created by Dtunez in which he demonstrated his vocal and rap ability.

Reminisce is the creator and creative director of LRR Records, as well as being signed to Edge Records. Since his debut in the music business, he has had a string of great hit singles and has established himself as one of the finest in the Nigerian music scene.