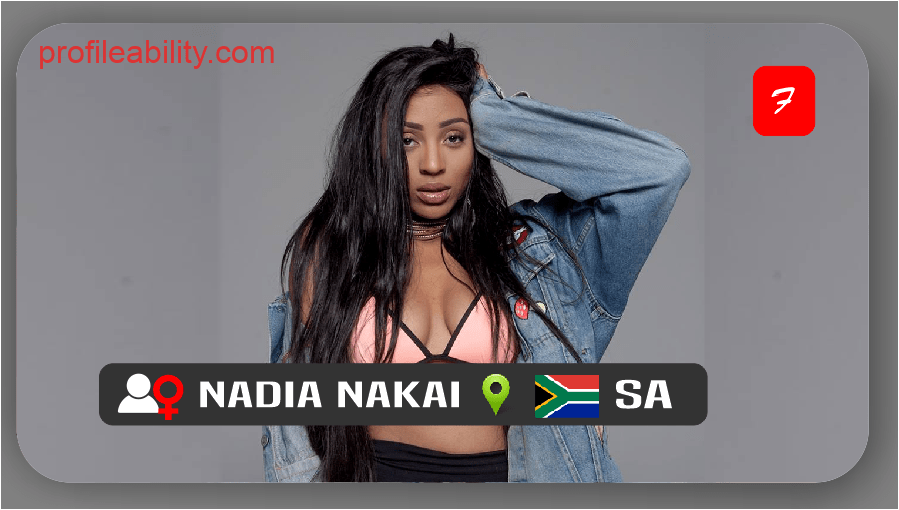 Nadia Nakai (born May 18, 1990) is a South African Hip Hop recording artist, television presenter, and songwriter. She is known for collaborating with numerous artists on popular singles. In January 2016, Nadia Nakai signed to Family Tree Media.

In Nadia’s early career, she gained recognition through her work on numerous mixtapes, which opened the door for her appearance on SABC 1’s Battlestations as a presenter and talent judge. In 2014 Nadia featured on Riky Rick’s “Amantombazane Remix” alongside established Hip Hop acts Okmalumkoolkat, Kwesta, Ginger Trill, Kid X and DJ Dimplez. The single was nominated for a South African Hip Hop Award for Song Of The Year.

In early 2016 Nadia appeared on the cover of Zkhiphani.com magazine. Since Signing to Family Tree Media she has begun recording her debut album, no release date has been set