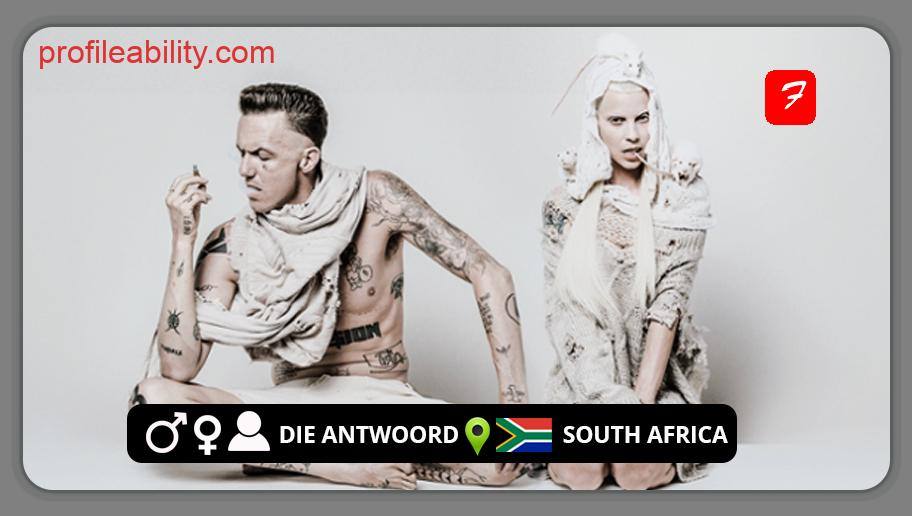 Die Antwoord is a South African hip-hop group. It is a rap duo comprising of male rapper, Watkin Tudor “Ninja” Jones, and female rapper, Anri “Yolandi Visser” du Toit, and producers HITEK5000 and Lil2Hood. Die Antwoord is an Afrikaan word that translates, “The Answer”. Their style is associated with the Zef culture. Yolandi happens to be the ex of Ninja.

It was formed in 2008. However, before that, Ninja was already doing some work in the music scene which he describes as experimenting. Their debut album was $O$.

The duo has a daughter together who goes by the name Sixteen Jones. They are known to have weird and very unusual music videos. They have a number of albums to their name. These include $O$, Ten$ion, Donker Mag, Mount Ninji and da Time Kid, and House of Death(which they claim will be their last album). Some of their songs include Ugly Boy, I Fink you Freeky, Enter the Ninja, Evil Boy, Future Baby, among others.