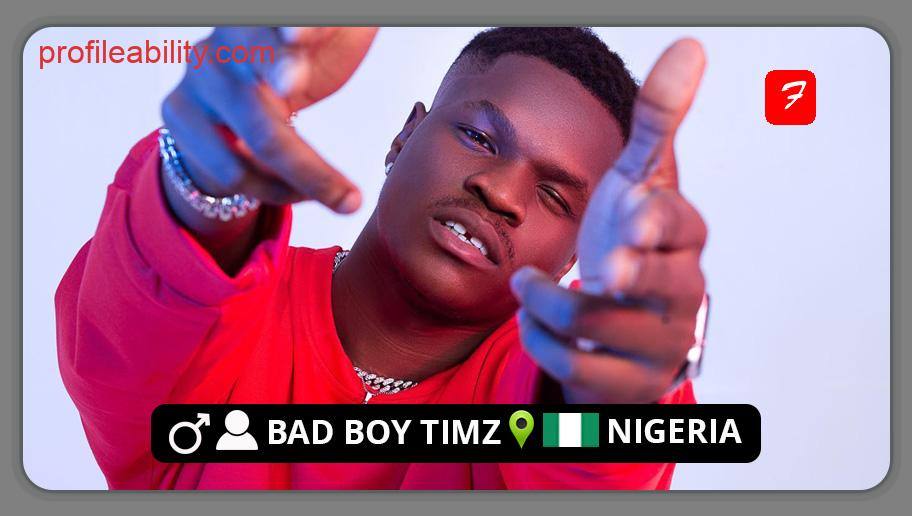 Olorunyomi Oloruntimilehin Timothy also known as ‘’Bad Boy Timz’’ is a Nigerian singer-songwriter and producer who was born on August 13th, 1994. He hails from Lagos, Nigeria, he is a computer science graduate of Bells University in Ota, Ogun State, Nigeria. Timz is a talented vocalist who performs in the genres of Afro-beats and Pop.

Bad Boy Timz started singing at a tender age while he was part of the Church Choir. On Instagram, he began posting copies of popular songs as well as sketches, and his rendition of Davido‘s song “If” went viral, gaining him some recognition. He signed a record contract with Anonymous Music in 2019 and released his debut track, ‘Check and Balance,’ that same year.

Later, he published his debut EP, titled “Timz EP,” which had six songs. Famous artists such as Zlatan Ibile and Barry Jhay performed on the album.

He rose to prominence after he released his debut hit song ‘’MJ’’ in 2020. The remix of the song featured the likes of Teni and DMW music star Mayorkun. That same year saw the debut of his single “Have Fun,” as well as a duet with Olamide on her album “Carpe Diem”.