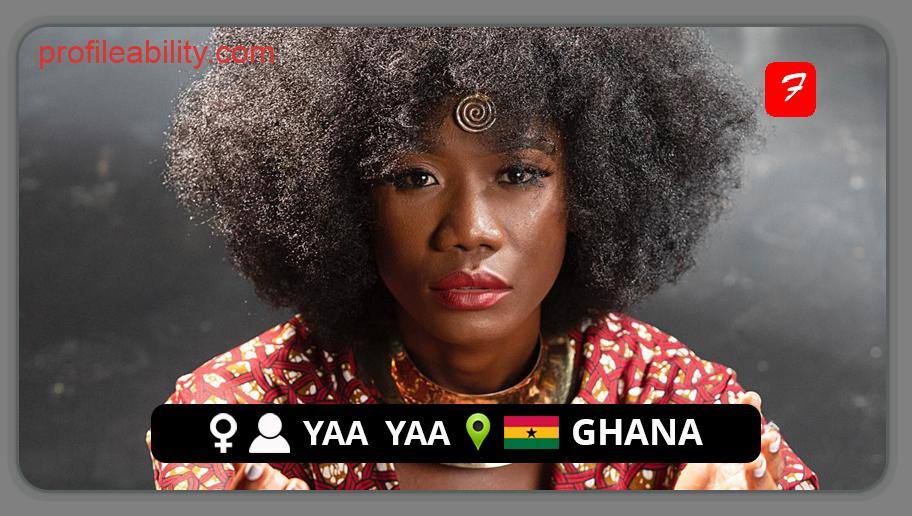 Yaa Yaa, whose actual name is Bertha Bridget Kankam, is a gifted Ghanaian vocalist, actor, and composer who rose to prominence after winning the fourth edition of Ghana’s Stars Future music reality program in 2009. Kankam is a guitarist and xylophone player who was born on January 25, 1990, in Kumasi, Ghana’s Ashanti Region, to a family of five children.

She holds a bachelor’s degree in theatre arts and music from one of Ghana’s prestigious universities, the University of Ghana, Legon.

Anita Baker, Brandy, Sade, Aretha Franklin, Asa, and Whitney Houston have all had a significant effect on Yaa Yaa’s music.

Bertha was her stage name before she took on her present stage name. Her triumph in the ‘Stars of the Future’ competition in 2009 marked the start of her music career, earning her the position of MTN Ambassador and SKY GIRLS.

Her debut hit, “AM I,” featured famed Ghanaian rapper Sarkodie, and it catapulted her to stardom. Her second break came in the form of a guest appearance on Okyeame Kwame’s song “Faithful.” Not long after, she founded her own record company, Pyramid Entertainment.

Since then, Yaa Yaa has recorded songs ranging from highlife to Afropop to soul. “Dumb Drum,” “Kae,” “Incredible,” and “Koryor” are some of her tunes. She has also performed in musical theatre productions both in and outside of Africa, including Acces 2019, the Africa Day Festival in Hamburg, the Beserlpark Festival, Porgy and Bess, and the Ghana Music Awards.

She has received several nominations and accolades at the Vodafone Ghana Music Awards, including Record of the Year, Best Music Video of the Year, and Best Female Vocal Performance.

‘The Vocal Goddess’ as she is sometimes recognized, in February 2020 at a private ceremony in Accra, launched her debut album ‘’AGOO’’.

Yaa Yaa “Time will Heal Us all” - Music Music Performance

Yaa Yaa - Back to You (Official Audio)

Yaa Yaa - Time Will Heal Us All (Official Audio)