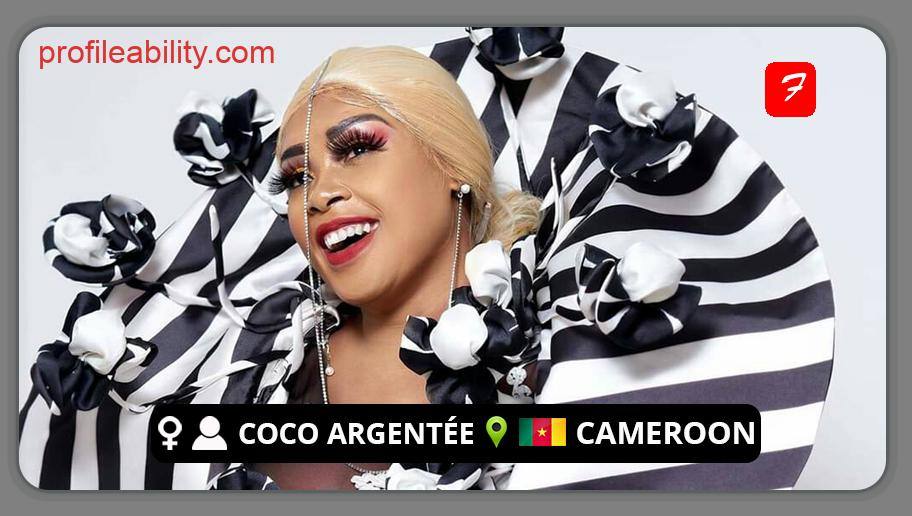 Coco Argentée (La Go Galaxy) is a Cameroonian singer-songwriter whose lyrical songs depict the everyday routines of Cameroonian women with a lot of hilarity and a touch of provocation. She was born Corine Céline Ntyame on August 13, 1982 in Mbandjock, Centre Cameroon.

Her sound is a blend of bikutsi (a Cameroonian musical genre) and pop elements, as well as zouk.

After leaving Cameroon in 2003, she earned her bachelor’s degree in Chad in 2004. She subsequently relocated to N’Djamena, where she worked in cabarets until 2006 when she moved to Belgium, where she currently resides with her husband and two children.

She’s loved music since she was a youngster. She joined the Protestant choir “The Voice of the Angels” in Ngoumou when she was six years old. She founded the Les Feeling Girls a few years later, and they played at the Manu Dibango performance at Mvogt College. She quit the group after her father, a railway worker, was transferred and eventually played in cabarets. She received two prizes at the age of 19, the Commonwealth Prize and the UNESCO Prize.

Prior to her music career, Coco worked as a nurse for several years after she completed a training program.

She launched her solo career in 2010 and became well-known with the release of her debut album, “Nostalgie,” which featured the song “Dans la tanière.” Musical Revelation of the Year for 2012 at Canal 2’Or and Best Bikutsi of 2013 at Festi-Bikutsi were among the accolades bestowed upon the album.

Argentée’s second album, “Trésor,” was released in April 2014. In February 2016, she released “Crayon de Dieu,” a two-track maxi-single that garnered her the moniker La Go Galaxy. “Ouragan,” her third album, was released in June 2018.