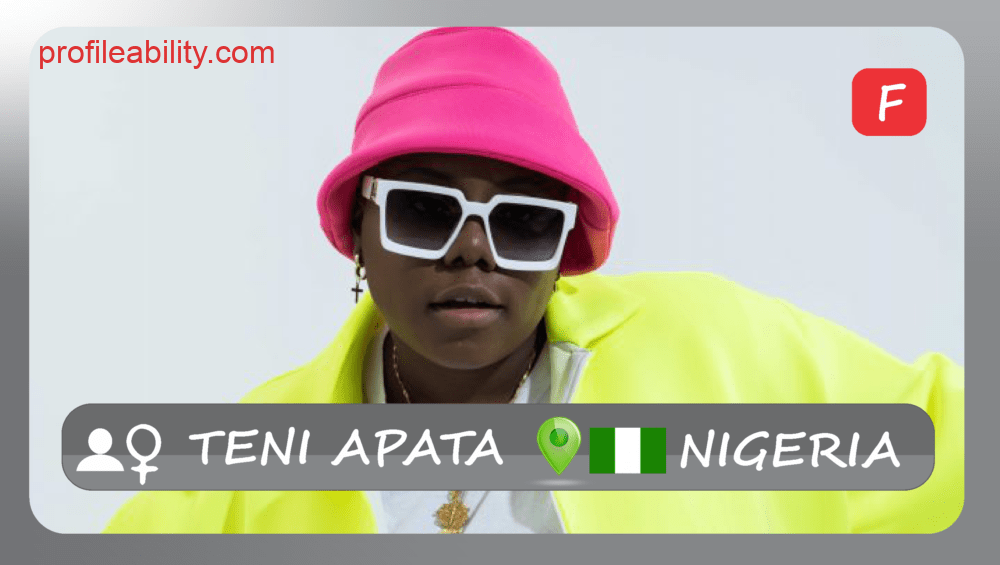 Teniola Apata is a Nigerian singer, songwriter, drummer, and rapper better known as Teni, Teni the entertainer or Teni Makanaki. She was born on  December 23, 1993, .she is the younger sibling to popular singer, Niniola. She is either known as Teni, Teni the entertainer, Teniola, Teni Apata or Teni Makanaki. She originally hails from Ekiti State, Nigeria and is a rapper, singer and songwriter.

Having attended the Apata Memorial High School, Teni proceeded to get a degree in Business Administration from the American InterContinental University. She is from an education-loving family and started doing music at an early age of two.

Teni came into the entertainment industry with her freestyles on Instagram but came into limelight when her single, ‘Fargin‘ became a hit. The song was widely accepted by Nigerian music lovers especially because of the powerful lyrics it came with.

Ever since she came into stardom, Teniola has written and released a good number of hits and she reportedly wrote the Davido’s hit single, ‘Like That‘

Ever since she had a breakthrough in the Nigerian music industry, she has released a couple of hit songs back to back from Wait, Pareke to her recent one ‘Askamaya’ which was accompanied with a lovely colorful visual directed by Paul Gambit.