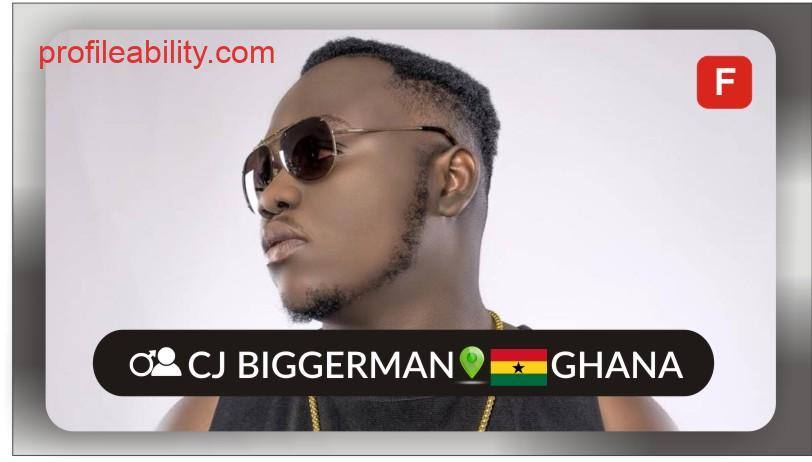 Christian Jojo Joshua popularly known with his stage name CJ Biggerman is Ghanaian rapper born on 4th October 1993 to Mr Samuel Christian and Madam Joyce Twumasi. He hails from Asuom in the Eastern Region but currently lives in Sakumono.

The Tema Secondary School Oldboy and Regional Maritime University graduate have represented the new generation of rappers with the blend of Twi and Pidgin English. According to him, his inspiration comes from real life events and he aspires to be recognized both locally and international.

At Tema Secondary School, he unearthed his God-given talent. He fully manifested his talent at this level and won so many rap battles. Actually, he also happened to be the entertainment perfect during his time. He got signed onto Kasa Records and released his first EP dubbed IRED Mixtape in 2015.

CJ Biggerman was enlisted as part of the contestants in the season 4 of MTN Hitmaker where he was able to make it to the finals. After the sudden exposure, he dropped his first hit single “Lebooboo Number 1” which did massively well. With this, he bagged a nomination in the “VGMAs UNSUNG” category in 2016 but lost out to Kuami Eugene.

CJ has had the opportunity to share the same stage with big acts like KiDi, Kuami Eugene, Okyeame Kwame, Magnum among others. He also got featured on Sarkodie “Biibi Ba” which featured 9 other upcoming rappers.