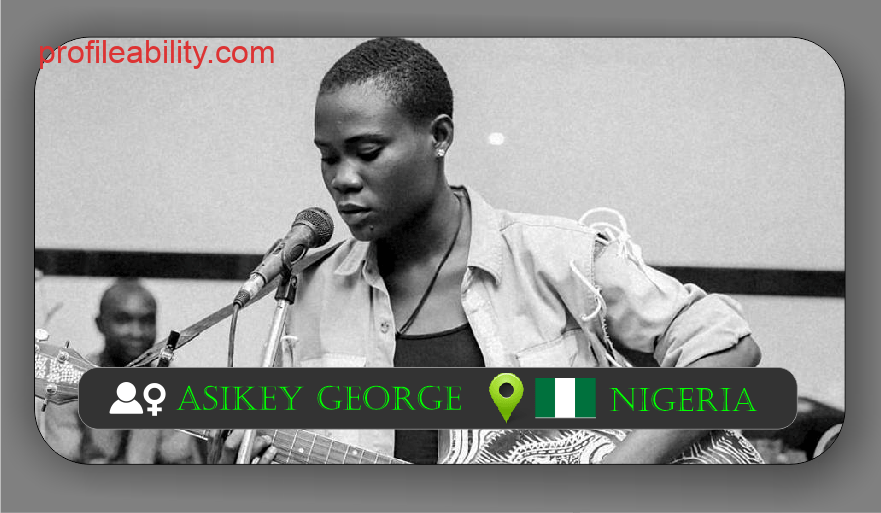 Asikey born Asikiya George is a songwriter and Guitarist from Nigeria. Her style of music is described as soulful and very expressive. Have also been tagged alternative genre following the likes of Asa and Brymo.

Born in a family from Rivers State, Asikey spent her early years in Ogun State.

In October 2016, her debut compilation “Human EP” was released. “Happy” is the lead single off her Human EP.

”Earth Attack”, a song from the EP won Best Female Artiste in Inspirational Music at the just concluded AFRIMA2017.

In 2016, Asikey released her debut EP under Pendulum records. The track-list received a critical response from critics, with many noting that even though its unique style would mean it wouldn’t be trendy as other albums or collections from other genres of music, however, it will be appreciated by its intended audience.

In 2017, she won the “best female artist in inspirational music” at the African Union backed by all Africa Music Awards.

She was listed by Daily Trust newspaper as one of the ten best Nigerian artiste of 2017.

We Don’t let me go - Asikey