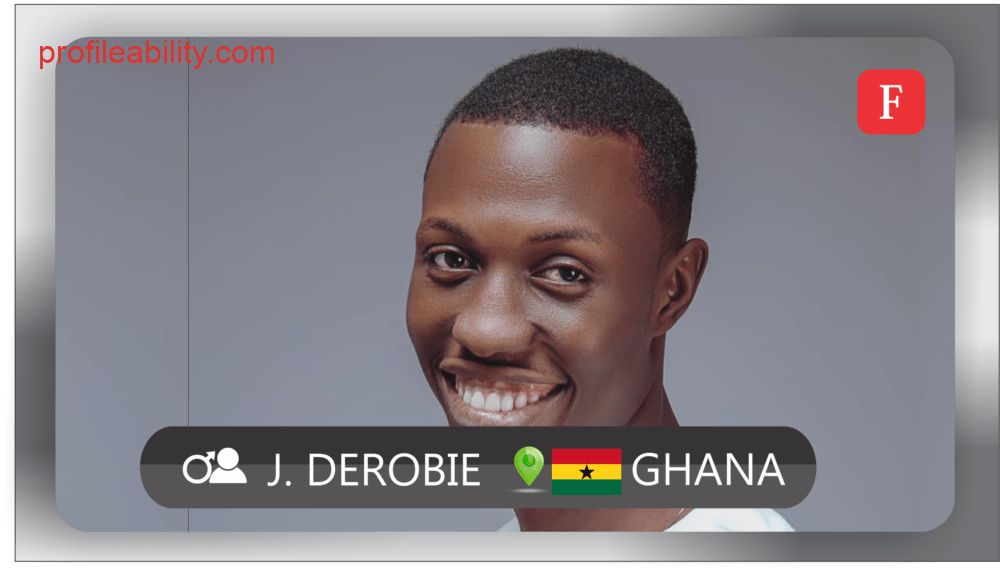 J Derobie born Derrick Obobbie Junior is a fast-rising Ghanaian dancehall artiste who idolizes afro-beat star Mr Eazi a lot and wants to be like him in the near future.

He was born in the Northern Region of Ghana, brought to Nungua, stayed at Midie for some time and he went back to the North to school. He returned to Accra after completing Dagbon Stage Senior High School for his senior high school level education.

J Derobie was among the few chosen for a project launched by Mr Eazi which was named the EMPAWA 100 project and promised to shoot music videos for 100 upcoming artists who were chosen. His song “Poverty” was his breakthrough. According to him, he started writing the song in June 2018 and couldn’t figure out an appropriate title for it until he settled on poverty since a lot of people were complaining about it. Before ‘Poverty’, he had released ‘Awuradee’, ‘Vim’ and ‘Odo Yewu.’

Having courted the attention of great dancehall musicians like Popcaan, Kranium, Shatta Wale and the like, up and coming dancehall act, J Derobie is making great strides with his new music.

Having courted the attention of great dancehall musicians like Popcaan, Kranium, Shatta Wale and the likes of Sarkodie et al, he is making great strides with his new music.

J.Derobie on Hitzfm with Dr Pounds

J.Derobie - Back It Lyrics Video

J.Derobie On Stage At The PentHallWeek2019 Celebration