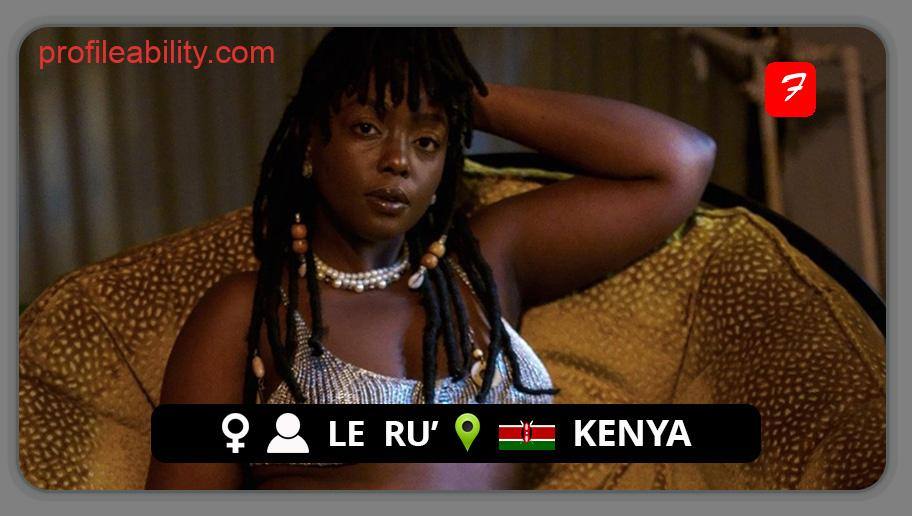 Ruby Githui is the ‘’sweet and spicy hummingbird’’ born on January 1st, 1997, and popularly known as Le Rú, who is fast becoming a household name and infamous within the music industry. She is a Nairobi, Kenya-based singer-songwriter, and producer who feels liberated whenever she sings, raps, or makes music.

Her style of music is described as jazz and R&B with an African twist precisely Afro-soul.

She first gained media recognition and rose to prominence after the release of her debut solo project titled ‘’Why’’ in 2016, which was created by famous beat composer and musician Blinky Bill.

Ever since bursting onto the scene with her breakthrough single ‘’Why’’, the fast-rising songstress has subsequently moved on to work with numerous artists in the Nairobi scene and perform at a variety of locations.

Le Ru’s star continues to climb in popularity, with songs like ‘forbidden fruit’, ‘’Pull Up’’, ‘’Hey There’’ and ‘sick ah’ that convey her seductive and funky feelings, making her one to watch in the emerging RnB class.