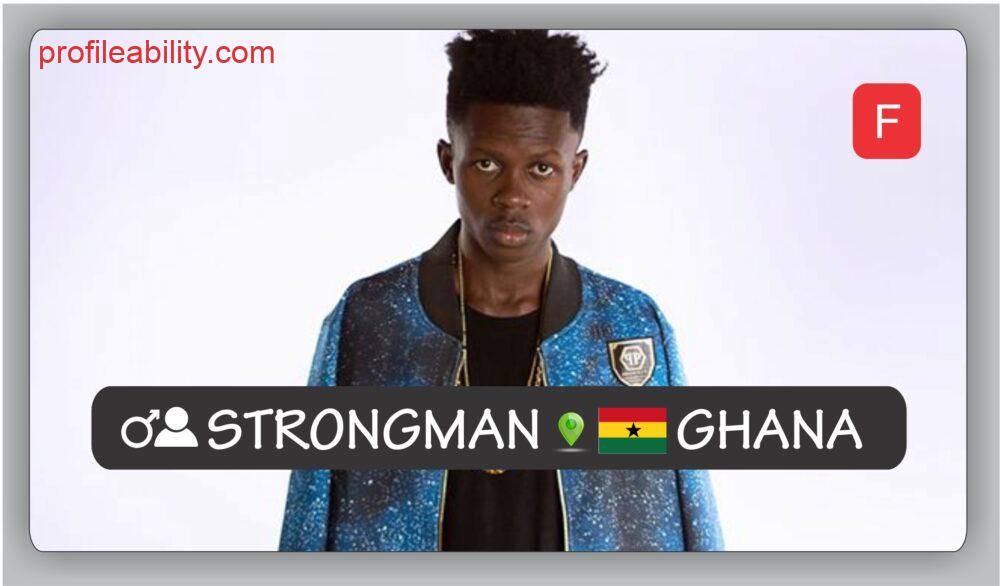 Strongman Burner, known in real life as Osei Kwaku Vincent (born on 10th  of February,1993) is a Ghanaian Hip-hop Artiste known for his lyrical and unique rap style. He started active music when he was still a student at T.I Amass and he has over the past few years won the hearts of most Ghanaians including fellow artistes.

He saw himself in the limelight after winning the “Focus fm Freestyle Friday” in 2010, “Kfm Freestyle Saturday” in 2011 and “Tha Next Big Thang In Gh Hip-hop” in 2012. In fact, Strongman Burner is regarded as the most creative rapper in Ghana.

Strongman has then worked with many great artiste in Ghana which include Sarkodie, Bisa Kdei, Okyeame Kwame, Flowking Stone, Edem etc. and  has also been on tune with DJ Black and many other great DJ’s

Strongman was a member of the MicBurnerz Music, with Azee Ntwene who helped him in progressing in his rap career. He owned a record label known as “strong empire‘, the Oseikrom rapper does indigenous rap in a proverbial manner more like Obrafour’s style of rap. But he can be the greater Obrafour because his career prospects look good! “W’atse Anaa…Wob3k) Mad Y))!”

He is currently signed to Sarkcess Music owned by Sarkodie.