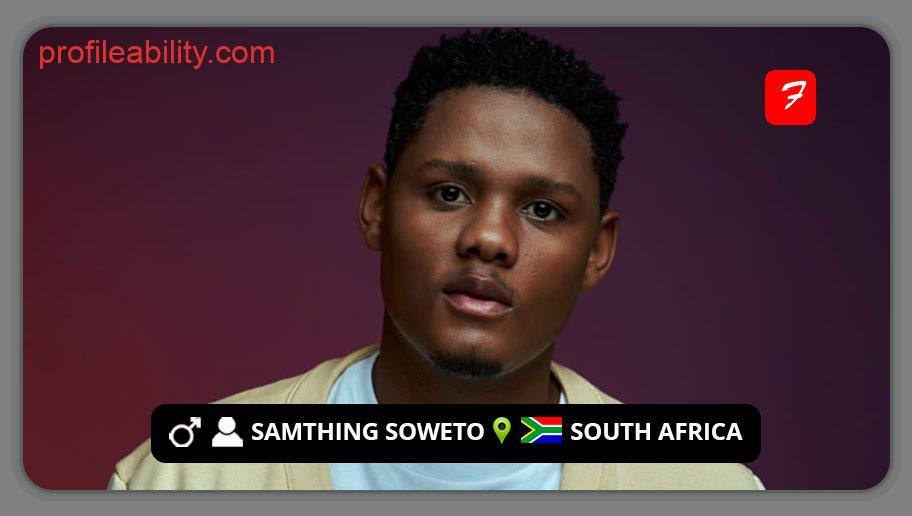 Samthing Soweto’s distinct RnB and Jazz vocals have made him a force to be reckoned with in South African music.

Samthing Soweto began his career as a member of the globally acclaimed South African acapella group The Soil, which he co-founded. He contributed to the band’s multi-award-winning self-titled debut album’s success by penning eight of the eleven songs featured on the record.

Following his departure from the band, he released an indie EP named “This N That Without Tempo” in 2010. The album highlighted the singer’s strong songwriting roots as well as his love of acapella music. His second album, “Isphithiphithi” (2019), was certified platinum by the Recording Industry of South Africa RiSA, and included his unique blend of Afro-pop, amapiano, and R&B.

Samthing Soweto’s brilliance has earned him several accolades, including three SAMA Awards in 2018 and a Wawela Award in 2016. His art has appeared in a number of ads, including Cadbury Dairy Milk’s “Free the Joy” campaign for Joy (We Are Family).

The album broke the record for the most number of customers “pre-adding” the album on the streaming service, Apple Music South Africa, thanks to the track “Akulaleki” featuring Sha Sha, which reached number one on the local Apple Music list and was certified gold.

He is unquestionably one of the few South African singers that are prospering in the industry, with a string of big tunes under his credit.