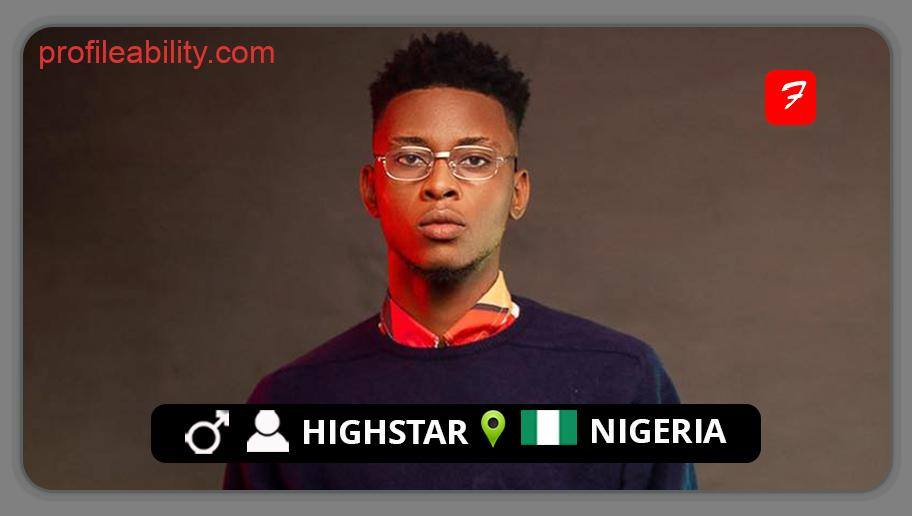 Nelson Chiedozie Omulu, also known as Highstar, is a skilled and emerging Nigerian Afro-pop singer and rapper from the Awgu local government area of Enugu state.

Highstar, who was born on September 11, 1999, has established himself as one of the greatest up-and-coming artists in the east who is to be recognized. Highstar is well-known for his unwavering devotion to music.

He chose to release his debut single, named “My Early Life,” on February 15th, 2019, after spending a lot of time rapping and singing. He then followed up with his second single, “Nyem aka,” a vibe-infused track that piqued people’s attention in him.