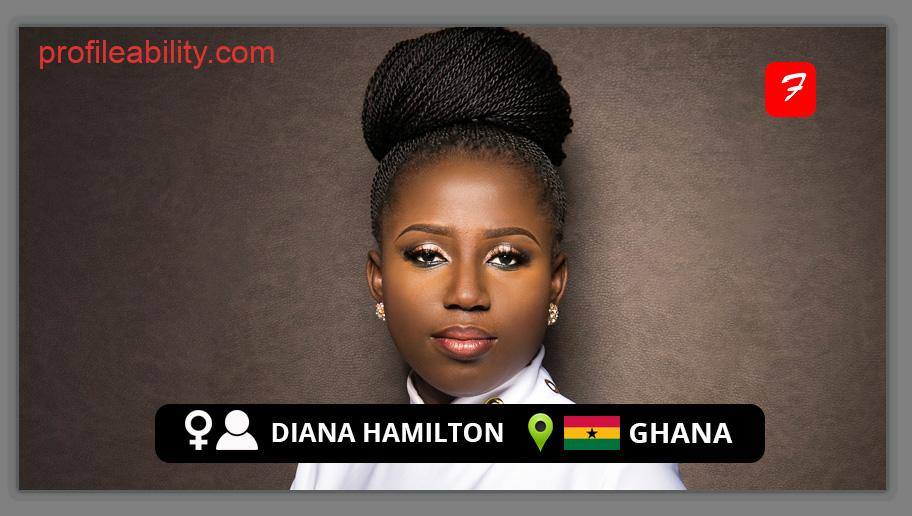 Diana Antwi Hamilton is a multiple-award-winning gospel musician. She was born in December 1978 in Kumasi and is the third of eight children in her family. Diana’s parents are Apostle Felix Antwi and Mrs. Comfort Antwi. Her dad is a former Executive Council Member of the Church of Pentecost. She had her basic education at Morning Star School in Accra. Diana went ahead to have her high school education at the Ghana National College in Cape Coast, Ghana.

Her debut album, Osoro be Kasa was a hit in Ghana in 2007. Her second album, Ensi wo yie made her more popular since it was also a hit. Diana Hamilton has gone on to have multiple hits in such as Adom, W’asem, Nsenkyrene Nyankopon, Work in Progress, Mo Ne Yo, among others.

Diana is married to Dr. Joseph Hamilton and they are blessed with two kids(twins), Michael and Michaela. She is mostly based in the UK with her family.

Diana has a strong passion to draw God’s people to Him through worship and praises. She is an anointed worship leader who has led worship all over the world in countries like UK, USA, Italy, Belgium, Canada, Holland, and Germany.

She has had a thrilling career by winning multiple awards including Best Female Artiste at the Africa Gospel Awards 2014, Best Artiste Europe at the Africa Gospel Awards 2011, Best Female Act and Best Gospel Act at the Ghana Music Awards Europe 2012, Best Female Vocal Performance at the Ghana Gospel Industry Awards 2012 and the Artiste of the Year at the Vodafone Ghana Music Awards 2021. Diana has shared the stage with other top gospel artists such as Joe Mettle, among others.

Diana Hamilton 'WANI KU ME HO (You Watch Over Me)' LIVE.