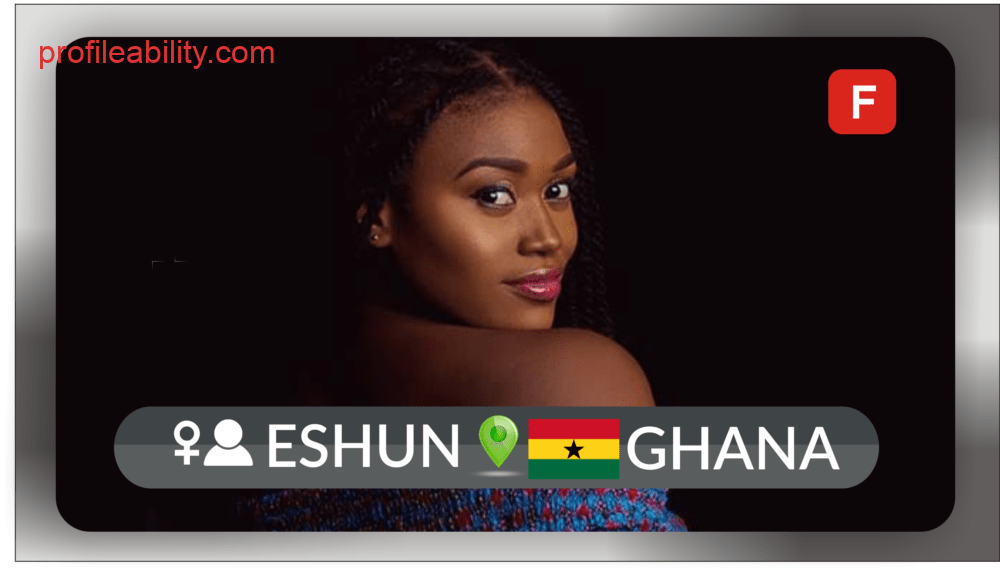 eShun is a talented and beautiful singer and songwriter with a gift of connecting with a wide range of audiences.

Born in the leading industrial city of Ghana, Tema on the 7th of June –  She is the first child of her dad, Joseph Bosomtwi Eshun, in a family of six. At the age of 13, eShun started performing as a soloist in the Junior Gospel Choir at the Holy Fire Revival Church in Tema, Ghana, where it could be said eShun’s music talent was discovered.  Her participation in two musical reality shows in the most populated country in Africa, Nigeria, has given her quite a following in Africa.

Her unique approach to melodies, stunning vocals have captured the attention of audiences in Ghana and abroad. She was the first runner-up of Glo X-Factor Nigeria and participated in TV3 Mentor where she comes up 3rd Runner-Up, and MTN Project Fame West Africa and placed 3rd Runner Up. She has released two new hit singles “Mεyε” and “Dance with Daddy with Kofi Bentil” which are have captured the hearts of her many fans in West Africa especially Nigerian and Ghana.
She released a cover of Sarkodie and Acehood’ New Guy which she called #NewGurl which hit 1000 downloads in just about 72 hours of going online. She is the lead vocalist for Calabash Ghana.

Queen eshun doesn’t promise and fail like other artistes do.