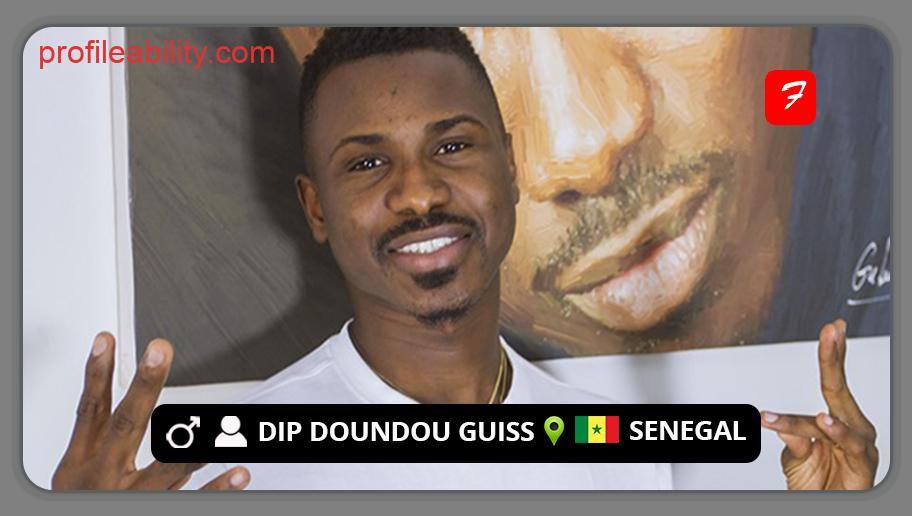 Dominique Preira, known professionally as DIP (Dip Doundou Guiss), is a Senegalese hip-hop artist who was born in Dakar, Senegal, in 1991.

DIP is an acronym of his true name, but it also stands for DEEP, a phrase that properly describes his songs, despite the fact that they are heavily influenced by the street.

Dominique Preira developed his own rhythmic freestyle flow at a young age, influenced by regional forefathers such as Daara J and Positive Black Soul.

He is undeniably the most popular rapper in the country, with a unique flow, striking lyrics, and the ability to fit in anywhere.

With a distinct flow and a vibe that is equal parts precision, roughness, and brooding sensuality, he gained popularity in the late 2010s.

In 2011, he formed Doundou Guiss with fellow rapper Swazi, however, the collaboration was short-lived. He chose to pursue a solo career and signed with the Rep’Tyle Music label in Dakar.

Following the success of early songs like “Hors Norme” and “Yakarouma Ci Ken,” he released his debut album, “Tay Leu Kagn,” in 2016, which included CeePee, Titi, and Marema as guests.

DIP, who has established himself as one of the country’s most prominent rappers, published his second album, Loo eme àkk, in 2019. He has also released a number of stand-alone songs, including “Crown Of Clay,” “#FreeSenegal,” “Musiba,” and “Deuil National.”