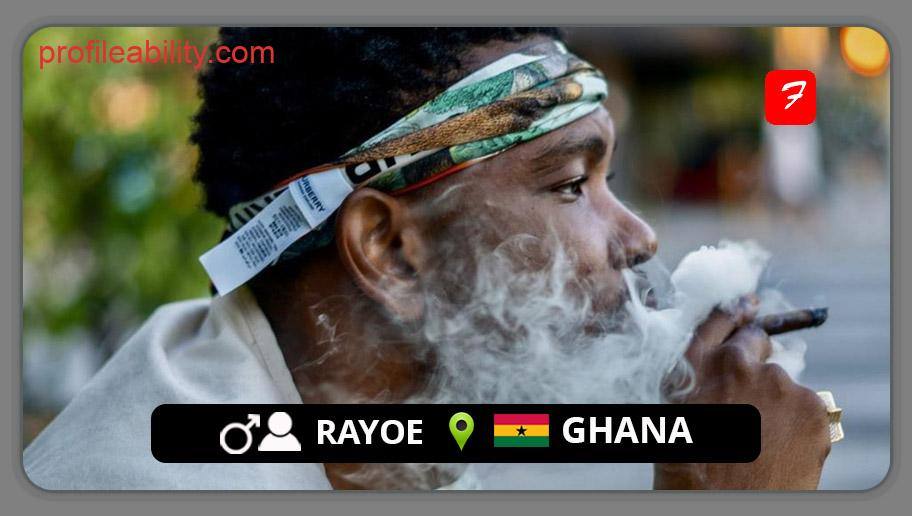 The weight of the journey and the thrill of success: you can hear it in every bar and every breath of Rayoe’s music. Born in West Africa, he developed a passion for Hip Hop at a young age travelling back and forth between New York and Ghana allowing him to directly connect the music to the environment in which it came from.

Hustling and promoting his music independently while figuring out how to survive, Rayoe eventually caught a federal narcotics seizure case in which he will be fully acquitted a year later by a Brooklyn jury, a rare legal win in a justice system made to see Black men fail. Just like many rappers who have had criminal charges brought against them in their career, the prosecution tried to use his lyrics as evidence against him. When their gambit fell apart with his acquittal, they led a motion to see him deported, temporarily landing him in a Texas jail before he once again beat the case, walking out undefeated, a free man.

Today, Rayoe calls Los Angeles home and is 100% dedicated to making an impact through music, eschewing the muddled, druggy flows hampering far too much contemporary Hip Hop in favour of razor-sharp bars about his time on the street and the challenges facing immigrants in a land where opportunity isn’t as forthcoming as you’d be led to believe.