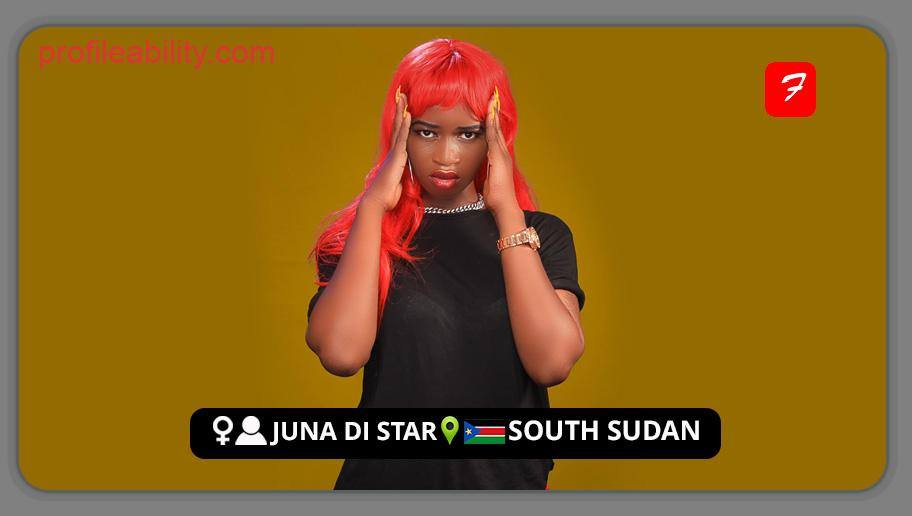 Juliana Mbiko John, also known as Juna Di Star, is a South Sudanese elegant lady with a passion for singing and dancing. Her melodic voice and dance talents have won her followers’ hearts.

An Afro dancehall diva who has become one of South Sudan’s most popular and well-liked female performers.

Juna Di Star is a South Sudanese singer, recording artist, dancer, and performer who launched her music career in 2015. She was born on December 15, 1996, in Nzara County, Western Equatoria State.

She went to Abangite College of Science and Technology in Yambio for high school. Juna Di Star’s singing for pleasure altered considerably after listening to the rhythms of her role models Rihana and Shakira. She began singing for commercial purposes. She established the No Stress Music music group.

“Nadi Mama,” “Boy lover,” and “Red papper” are some of her best-known songs. Juna Di Star has been dubbed South Sudan’s “Most Wanted” female musician of all time due to her musical versatility. For her album “Boy Lover,” she has been dubbed “the most constant hit creator in Afro dancehall music.”

Juna Di Star has been producing popular songs and premiering outstanding videos since 2015, and her music has conquered national and international airways to date.

My Arrival to my hometown yambio

My Arrival to Mundri for my show 🇸🇸

Gudekingba performance at a wedding ceremony