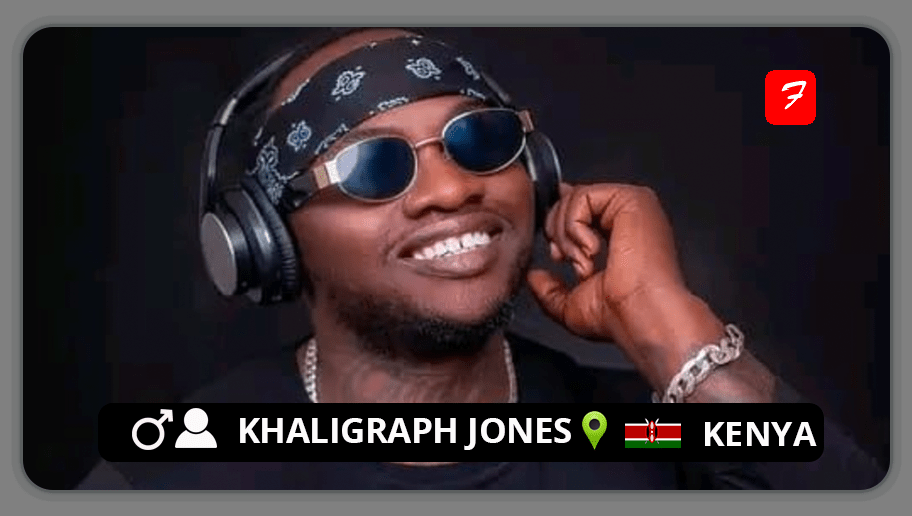 He is known for his unique style of rapping, which combines English and his native language, Swahili. Jones has won several awards, including the Best Hip Hop Award at the Groove Awards in 2016 and 2017. He has also been credited with popularizing the Kenyan hip-hop scene and has been referred to as the “King of Kenyan Hip Hop.”

He was named the best Hip Hop act at the Soundcity MVP Awards in January 2020.]The ceremony took place at the Eko Convention Center in Lagos, Nigeria.

In 2020 he was nominated for the BET Awards. His nomination was for the Best International Flow category. He was up against South Africa’s Nasty C, Brazil’s DJonga, Ivorian Kaaris, and eventual winner, grime rapper Stormzy from the UK. In May 2021 he was named the East African Rapper of the Year at MTN Uganda.

In 2021, Khaligraph partnered with Odibets, a sports betting company under their Odimtaani initiative to launch the ‘OdiNare’ rap challenge

Khaligraph Jones has released several albums throughout his career as a rapper and songwriter. His discography includes:

He also released several singles and collaborations with other artists.

KHALIGRAPH JONES - GET HIGH (do for love) OFFICIAL VIDEO