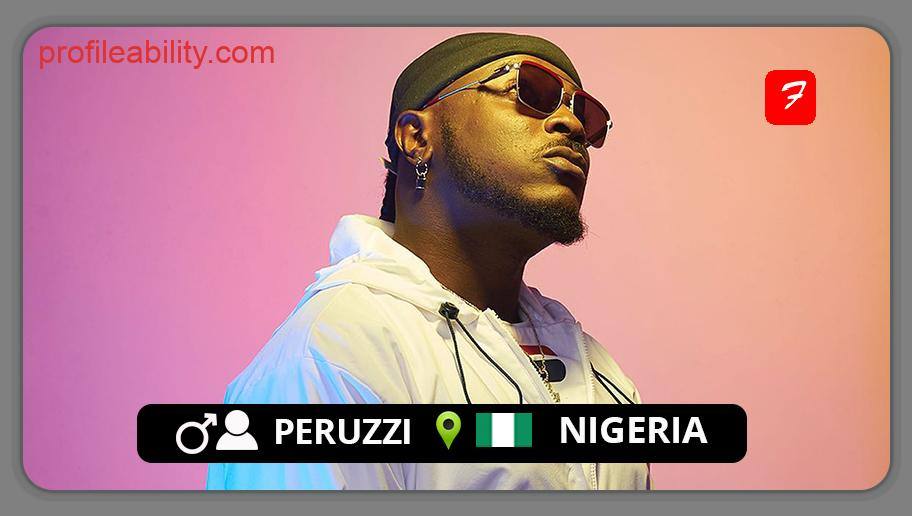 Tobechukwu Victor Okoh, known by his stage name Peruzzi was born on 5th December 1989. He is a Nigerian singer, a songwriter and a performer. Peruzzi is the only son and the last born out of three in a Christian family. He was a student of Lerato Primary School, Egbeda during his primary days and continued his secondary education in Command Secondary School, Ikeja.

He went to study medicine and surgery after graduating from college at Odessa State National University in Ukraine. Due to his passion for music, he pulled out of school in his fifth year and returned to Nigeria to focus on his music career in 2013. At the age of 7, Peruzzi’s interest in music kicked in after his father bought him a piano. With a Christian background and a member of the choir, he started with gospel songs. He kept on focusing on his music talent and goals until he became prominent. His genre of music is Afrobeat and R&B. Peruzzi commenced real music in 2007.

Peruzzi continued his music career in 2016 with Golden Boy Entertainment and released some songs including ‘For Your Porket (2017)’. He received a lot of attention from the public especially from the popular talented artist Davido. Eventually, Davido took interest in Peruzzi and joined Davido’s Music Worldwide in 2018. Davido Music Worldwide (DMW) is a record label that is home to some popular artistes like Mayorkun, Yonda, Dremo, Idowest, etc.

He is an active member of the 30BG which is a 30billion gang in full. The group consists of most of Davido’s close pals including Blacktycoon, Tunegee, B-Red, etc. His signing to Davido’s DMW (Davido Music Worldwide) was being disputed at some point. After being featured in a song called ‘Amaka’ by one Nigerian musician called 2baba he rose to prominence.