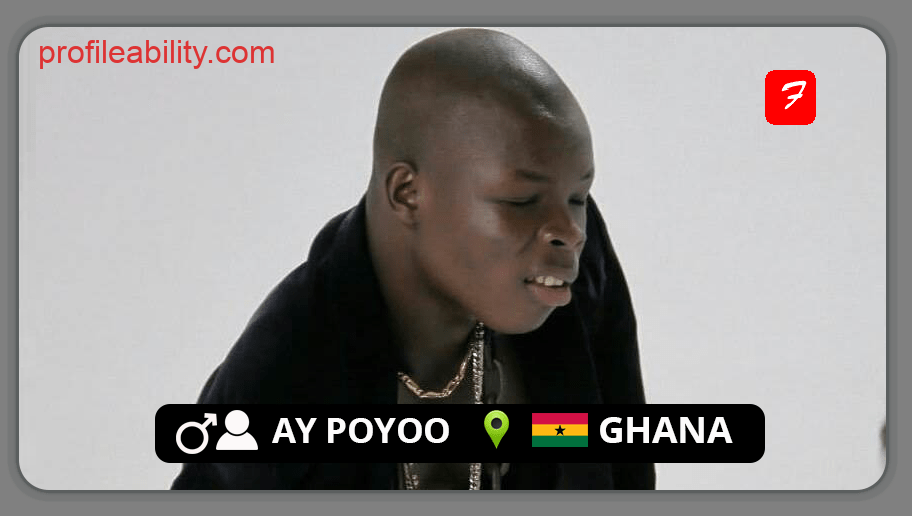 AY Poyoo whose real name is Emmanuel Yeboah is a Ghanaian rapper best known for his viral song Goat. The video was released on 08 June 2020. AY Poyoo who was a standup comedian uses comic antics in his music and videos.

AY Poyoo is best known for his viral song Goat released on 08 June 2020. AY Poyoo has also released other popular songs including Swimming Pool and Richest Rapper in Africa.
was born on the 5th of June, 2000 in Ghana. He started singing at a very early age and combines music with comedy. He has been singing for a while but started gaining media attention after releasing the official video to his ‘GOAT’, single.

In the video, you’ll see him on chains, screaming ‘I’m a Goat’ on an animal farm. The video has so far garnered more than 200,000 views on YouTube.

Not much is known about Ay Poyoo’s personal life, but he obviously has a fling for Ghanaian singer, Vera Hamenoo-Kpeda, popularly known as MzVee. He publicly declared his love for the dancehall songstress, admitting that he would love to have her as his future wife because she fits the criteria of women he loves.

My new song out now! #CommotForThere

Fan reaction to “Nobody” (Blessings) Part 1

Fan love for my new single “Nobody” (Blessings)

New music on the way for Poyoorians