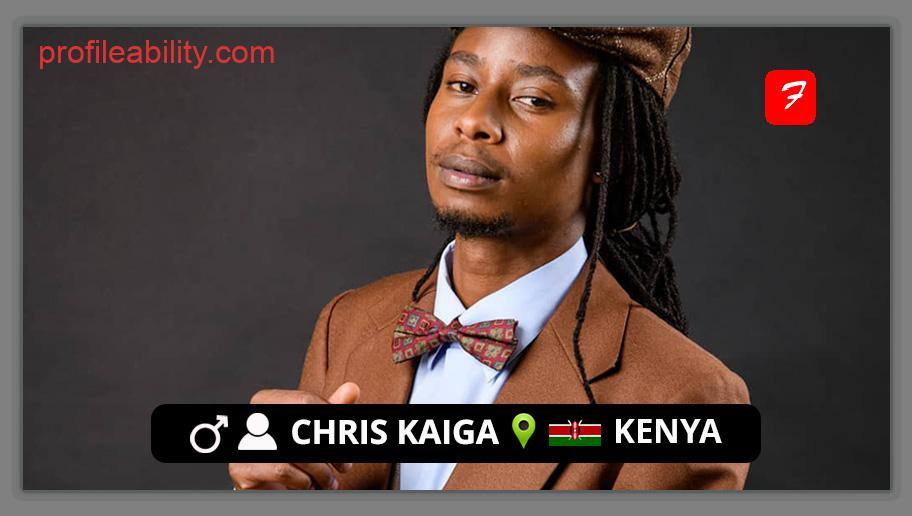 Chris Kaiga is a Kenyan Afro-Pop artist who is making his mark in the East African scene. He was born and raised in Nairobi, Kenya. He is widely recognized for his distinct creative approach when it comes to the visual direction that deviates from the standard, defining his style as a blend of Sheng, uptown rhythms, and conceptual films as well as his distinct musical flow.

His love and enthusiasm for music began in 2009 when he aspired to be a music producer, but that rapidly changed after recording his debut single in 2011.

However, it’s been a voyage of a lifetime since then, working with amazing individuals to create material that may inspire not only viewers but also the future generation of African artists.

He became a household name and infamous in the music industry after his solo release “Zimenice” in 2019, which quickly became a fan favorite. Since then, he has released chart-topping singles such as ‘’Hizi Bundas’’ and ‘’Chain Chain’’.

In 2020, Chris Kaiga released his first three singles “Chain Chain”, “Konkodo” starring Kiloriti, and “Next”. He has also made major collaborations including “Mastingo” starring Kahush and “Hapo Tu” featuring Nyashinski.

Kaiga is considered as one of Kenya’s rising sound artists, because of his upgraded sound and incredible ability to convey stories with his unrivaled flow.