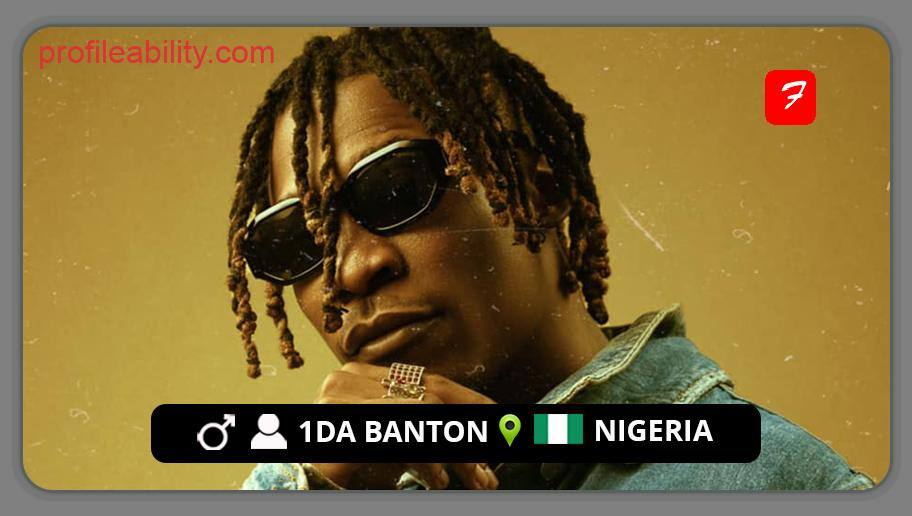 Godson Ominibie Epelle, known professionally as 1da Banton, is a Nigerian dancehall singer, songwriter, and producer who was born on June 27, 1994. Currently, he is signed to Adasa Cookey’s Squareball Entertainment Records.

His music is a unique combination of reggae, dancehall, afrobeat, and traditional rhythms from his hometown of Port Harcourt in the state of Rivers, Nigeria.

1da Banton debuted in the music industry in July 2017 with his debut EP, “The Banton,” released by Squareball Entertainment. When his song “Way Up” was chosen as the eviction theme song for the 2018 Big Brother Naija program, he gained a lot of attention. He next released ‘’Jowo,” in which he presented a fresh silky sound that charmed his audience.

The breakthrough single “African Woman,” which was released in late 2018 and impacted many other singers, gave a new African flavour to the Nigerian music business. 1da Banton has created a slew of additional groovy tracks, earning him the moniker “original vibe machine.”

Harrysong, Timaya, Stonebwoy, Seyi Shay, and worldwide dancehall phenomenon Kranium are just a few of the artists with whom he has collaborated.

1da Banton’s career has progressed steadily, and he is ready to join the ranks of African music’s greats in the not-too-distant future.

I had Kizz & the Queen on the remix. Listen https://ONErpm.lnk.to/NoWahala-Remix #Shorts #nowahala

I got kizz Daniel and the Queen on the remix. Out now. #nowahala #shorts