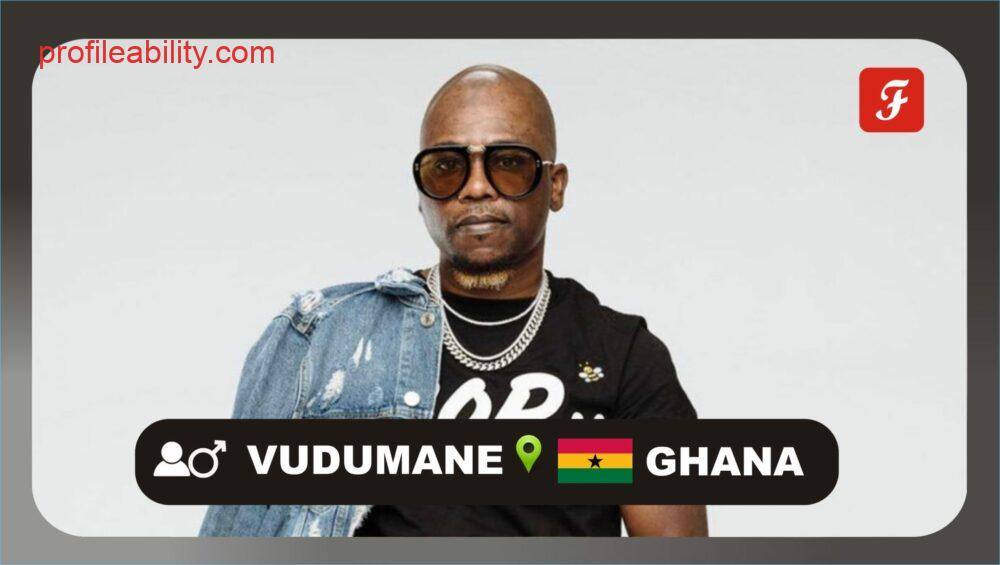 Korletey Mimpey popularly known with his stage name Vudumane (formally known as Nyankonton) is a Ghanaian hiplife and afrobeat musician who lives in the United State of America. He is a Ga -Adangbe born in Akuse with two sisters, attended Kokomlemle Primary and High School then to Harvard college in Kokomlemle in the same school and class with Lazy from VVIP music group.

He started music at an early age at 11 by just been writing and using foreign beats to record. He was then known by the nickname Debase Nyansapo and was performing here and there at the fun world with likes of other known Ghanaian musicians like Dogo, Ex-Doe, Tic Tac, etc.

He went for auditions for Miss Ghana competition in Kanda in 2001, he toped the auditions at Kanda opposite the GBC and was sent to Volta Region and then to Accra where the late Terry Bonchaka won to the final round. After his lost, TT of Media Touch volunteered to push him on to Zapp Mallet but that didn’t go well.

Alongside the line, he put it upon himself solely to record with Screwface, Tinny, Okra, Castro and Kwabena Kwabena which led to the release of his hit song ‘Odowuo” with Kwabena Kwabena in 2005 but the rest were not released due to his timely travel to the USA and paused doing music.

He is also a master barber and own couple of barbershops in the USA which houses likes of Davido, Wizkid, Teni, Dremo, Omar Sterling etc.

He came back strongly in 2019 and released an afrobeat banger titled ‘Shoe Size’ and went ahead to drop a remix of the song featuring Nigerian musician Zlatan.

In addition, Vudumane currently serves as a show-opener for Nigeria’s music giant Davido on several concerts.