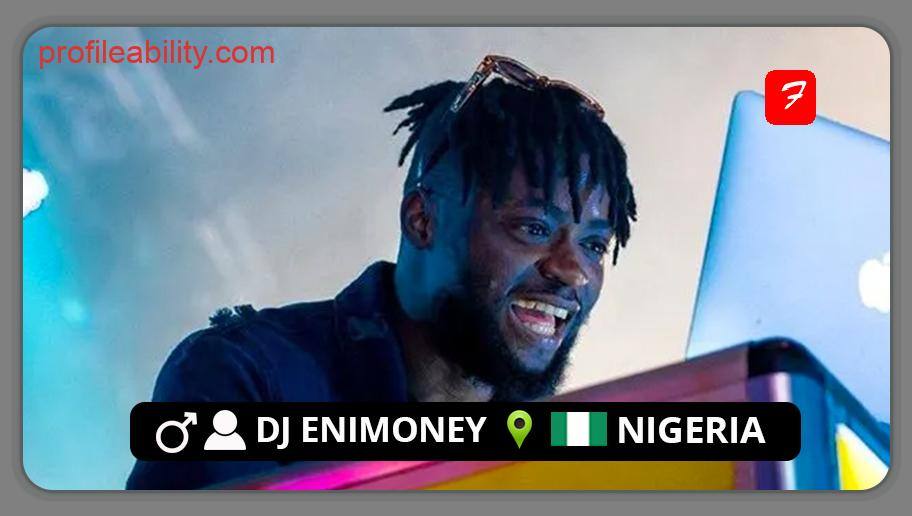 He started his professional disc jockey career after senior secondary school in 2015 at Bariga. He gained recognition in 2016 with his debut single “Oya dab” which featured Olamide.

At the 2018 edition of the City People Music Awards, held in Lagos, DJ Enimoney single “Diet” which features Tiwa Savage & Slimcase won “Best Collaboration of the Year”. That same year, he was nominated at the Nigerian Entertainment Award for “Diet” in the “Best Single by DJ” category.

He is the official DJ of YBNL Nation and the younger brother of Nigerian rapper, Olamide. He is followed by his “WOBEY DJ CAMPUS TOUR” a multi-campus music concert tour that has seen him perform across major universities in Nigeria.

DJ Enimoney is one of the few DJ’s in Nigeria who have attain recognition. He won the City People Music Award for Best Collaboration of the Year for his song “Diet”.

He also has numerous nominations such as: