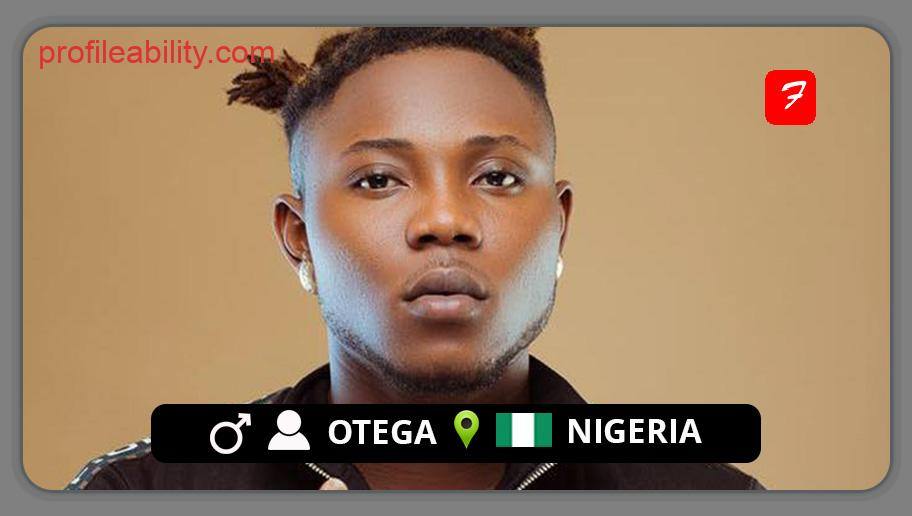 Ifedayo Oghenetega Stephen, better known by stage name Otega or Otega Bilz is a Nigerian rapper, singer and songwriter. He was born on 16th October 1994 in Ijebu Ode, Ogun State in Nigeria. He hails from Nigeria’s Edo State, where he was raised.

He attended the Abraham Adesanya Polytechnic in Ijebu Ode, Ogun State, where he got his OND in Computer Science.

Otega began his career in 2010 by posting freestyles online. He came to popularity, though, when he collaborated with indigenous rapper CDQ on his track “Stay Woke.”

His collaboration with Diamond Jimma on the song “Aje” established his position in the business by showcasing his immaculate lyricism and flexibility. His dedication won him a recording contract with the ‘Advert Gang Record Label.’

Otega is a classic performer who exudes energetic vibes. He has a slew of hit singles under his belt, including “Save Me,” “Na My Life,” “Caribbean Way,” “I Dey Feel You,” “Case May Be,” “Light Up,” and “Nobody.” He has also collaborated with Jaguar Paw, MrGbafun, Ayamfe Viral, King Ferrari, and Samstar.

On October 22, 2019, he released his debut studio album, titled ‘Death Before Dishonor.’

Otega - Its Nothing Ft Kush Kana