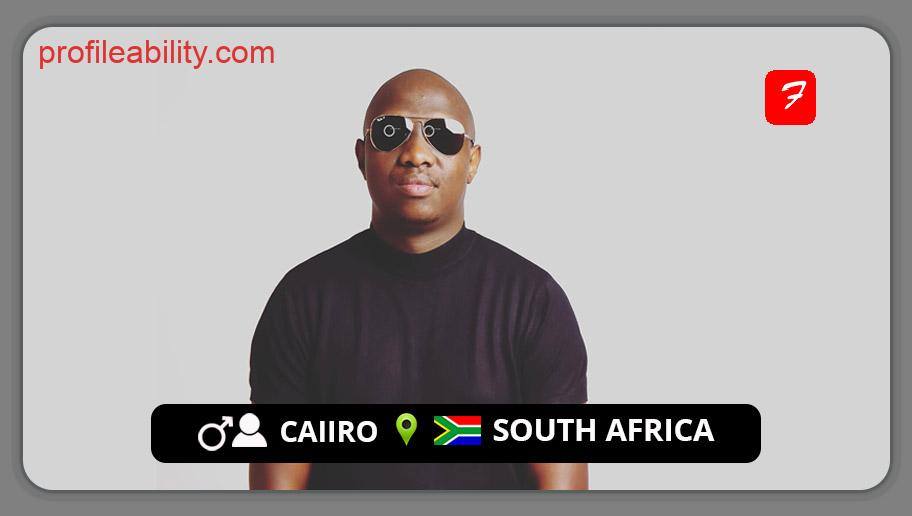 Caiiro is an Afro-House, Afro-Tech, Deep-Tech DJ, Producer, and Remixer from South Africa. His rhythmic and emotional elements in his songs have had him travel the world.

Born Patrick Dumisani Mahlangu in the KwaNdebele region of South Africa, he has discovered that despite the diversity of our origins in terms of geography and culture, music is a language that unites all people.

Caiiro was intoxicated by acts like Culoe de Song, Black Coffee, and Black Motion. He experienced the Afro-house scene’s phenomenal growth during the 2010s and caught its collective ear with the stirring 2016 track “Cries of the Motherland,” which featured the vocals of Sam-K.

The release of Caiiro’s 2020 album, Agora, boosted his ascent. It is abundantly evident that Caiiro has joined the pantheon of Afro-house artists thanks to the eclectic 30-track compilation, which includes contributions from Pixie L, Xoli M, Wunmi, Thabz da Mos Hi, Mpumi, Anda Cass, and Black Motion.

Caiiro at Deep In The City