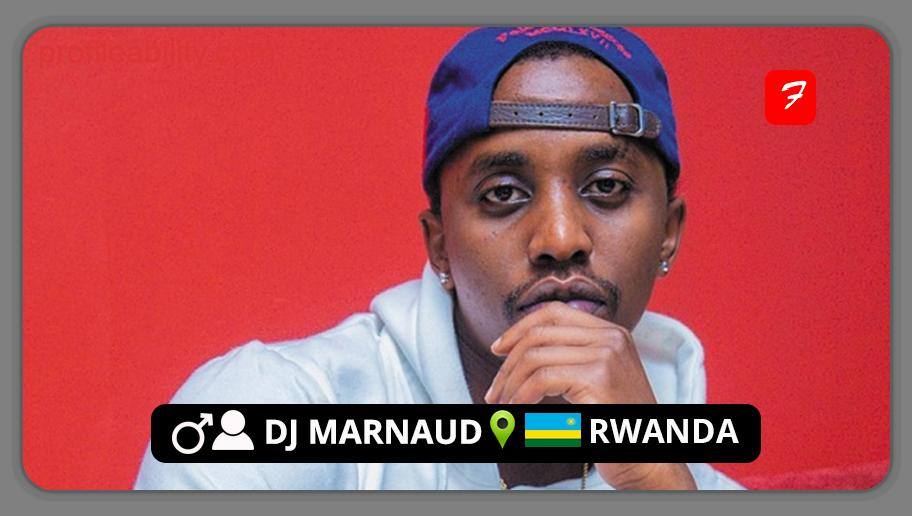 Arnaud Mugisha Gatera, popularly known as DJ Marnaud, is a recording artist and DJ from Rwanda, born on November 26, 1987. He is a member of the popular trio, Dream Team DJs.

At age five, he had piano lessons and did dance and choreography under Sick City Entertainment and traditional dance in his teens with Inganzo Ngari Cultural Troupe. The 34-year-old accredits his entire music career to his mother.

In 2015, he had his first DJ’ing contract at The Mirror Hotel’s Class Club and has since then shot into fame. His wonderful performance in July 2017 at the Kigali Convention Centre brought back memories of the Liberty Day concert and was the first major gig that set him on the path of fame.

Later that year, he participated at the Mutzig Beer Fest, at the Golden Tulip Hotel in Nyamata at the Kigali Up Music Festival

Although he is best known for producing club favorites with other Rwandan artists like Active, Uncle Austin, and King James, DJ Marnaud can now boast of his solo hit release, “Mundemere” from the Son of Rwanda EP.

His collaboration with the boy group Active in 2018 was one of the greatest local club hits. He followed it with Ribuyu featuring DJ Pius