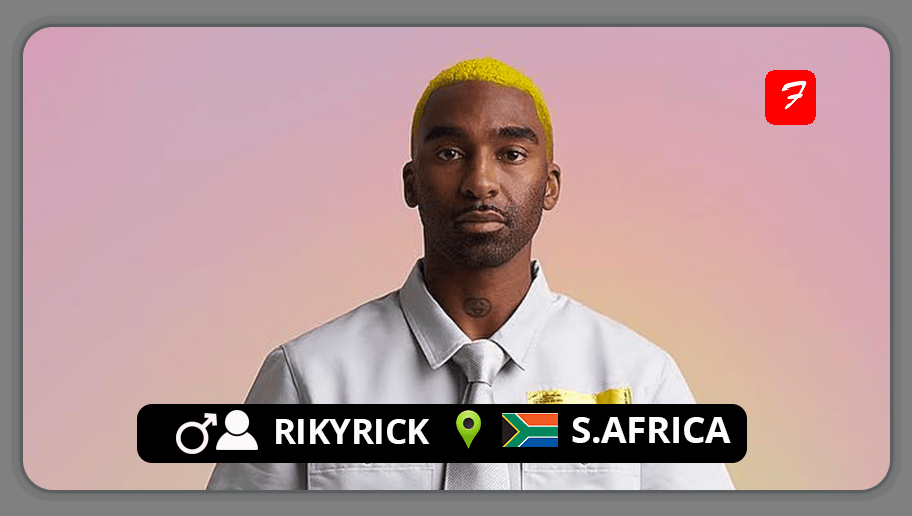 Rikhado Muziwendlovu Makhado, professionally known as Riky Rick, was a South African singer, rapper, songwriter, composer, actor, fashion designer, and entrepreneur. He was one of the owners of Cotton Club Records and a member of Boyz N Bucks. As an award-winning artist, he was at the peak of his career before his death.

Riky Rick maternal grandmother raised him since his parents divorced when he was a baby. He spent the better part of his childhood in KwaMashu, Durban. Makhado had three other siblings from his father and four from his mother. Apart from his musical talent, Makhado had an outstanding fashion sense that always mesmerized fans with his creativity. He believed in being bold and different.

He came into the limelight between 2009 and 2010 when he dropped mixtapes such as The Comeback Kid and Last Summer with Da L.E.S.

His music received positive reviews from most music critics, earning him a spot in the competitive South African music scene. Despite his glorious career, Ricky Rick had a bumpy life. Unfortunately, he lost the battle on 23rd February 2022.

In early 2010, Makhado met his wife Bianca Naidoo in Sandton. She had a daughter, Jordan from a previous relationship. After close to three years of dating, the couple got married in 2013. About a year later, they welcomed their first child together, a son whom they named Maik Daniel. In 2020, in an interview with rapper Yanga Chief on his Lab Live YouTube series, Makhado opened up about his suicidal past. After battling alcohol and drug addiction in his youth, he practiced sobriety after going through a difficult time.

Riky Rick Makhado died on 23 February 2022 in Johannesburg, aged 34. The cause of death was reported as a suicide by hanging after a lengthy battle with depression.

Riky Rick - You And I ft. Mlindo The Vocalist

Riky Rick - You And I ft. Mlindo The Vocalist