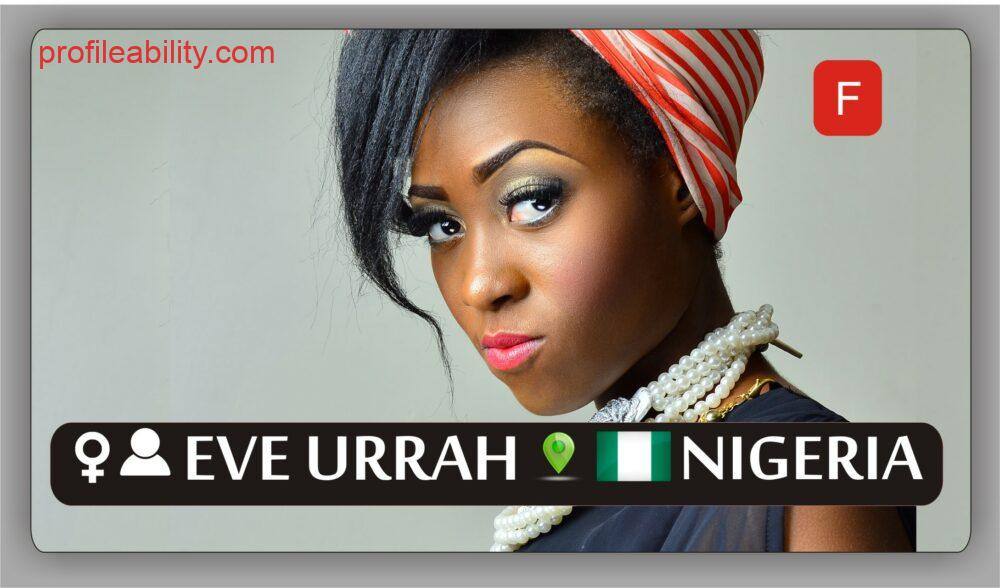 Eve Urrah is a sensational soul singer and songwriter from Benue state. She is Idoma by tribe.
Her first single, “Beautiful” was written and produced by M.I in 2011. She has released several others including “Stronger”, produced by Chopstix, “Together”, produced by Mystro and recently, “Oyi”, produced by Tay.

Eve loves to travel, listen to music, visit art galleries, read and cook. She loves nature and every form of art. She enjoys boat rides, horse rides and any form of extreme fun that can give her an adrenalin rush. She hopes to skydive someday soon! XD

TOGETHER. (prod, by Mystro)