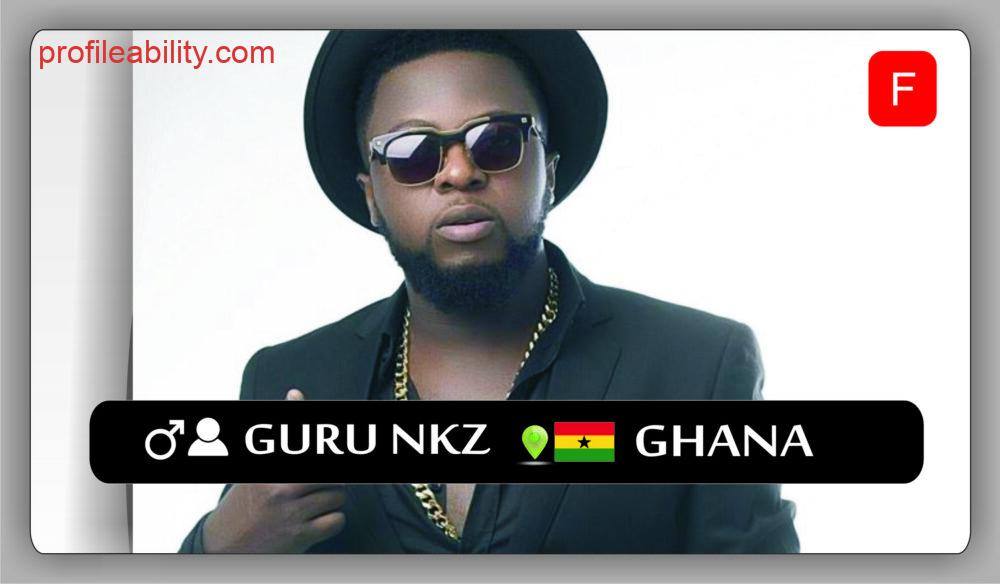 Nana Yaw Adjei Yeboah Maradona popularly known in showbiz as GURU hails from “nkoranza” in the Brong Ahafo Region ,Ghana,He started his education at Rev.John Teye Memorial school,and continued to Apam Secondary then to NIIT and IPMC to pursue architect in computer networking,

His career in music was nurtured at a very tender age. He had developed much interest in music as he started performing on big stages like Miss SSS pageant that was during his time in Secondary School which coupled him with exposure.

Guru was the first and winner of the WAPPI talent discovery 2008 artiste program held at British Council for underground music artiste.He recorded his first mixtape video with Sarkodie which was produce by NT 1,in late 2009.

Guru’s major feature was on Ghana’s number one rap executioner Obrafour’s song “Kasiebo” which brought him to the limelight.

He has also been named as the best featured artiste by 4Syte TV and also of the second to Samini Dagaati who had won a GMA without ever releasing an album.

Guru came out with his first studio album titled “Platform” which had 6 nominations.The album featured great musicians such Sarkodie,Kwabena Kwabena and others.He stands for democracy and freedom of speech”kawadwene”.

In 2012, Guru released a hit single “Lapaz toyota” which blew the minds of his fans in Ghana and worldwide.The song had an extended airplay which is still been played nationwide on every radio station and was awarded by City People Entertainment Awards for the best male act.

Lapaz Toyota was played during the Big Brother Africa finals.It was also a song that was used by politicians for their campaigns. The same year,Ghana again witnessed another hit song from Guru titled “Karaoke”.This was another successful song by Guru in the Ghanaian music industry which took his music career to the next level.

In 2013, Guru came out with six(6) singles titled AMEN,AZONTO BOYS FT LIL WAYN(Kojo Nkansah),ABENA,NKAWDA NKWADA and others released Alkayida (Boys Abre) which has been a major saying till today.

Alkayida popularly known as “Boys Abre” has won the hearts of many Ghanaians because it served as an inspirational song for young men in Ghana and it has also become a political term as it was used by some politicians after the reading of the 2014 budget.

Guru is not just an artist but his peculiar lyrics and rhyme schemes has made him a success story in the Ghanaian music industry, a role model to his fans and his name will forever be remembered in the history of rap music.

Guru nkz ft Fameye Get up ( prod by Kcee beats)