New dancehall artist Skeleton Wan is gradually becoming a household name in Ashaiman and its environs after rocking the stage with Stonebwoy and winning the hearts of music fans during the last edition of Ashaiman to the world concert. Born Desmond Kyei,  Skeleton Wan is signed to HDMEZ records and Read more…
By , 51 years ago

Anna Nana Ama Dadzie is a veteran Ghanaian backing vocalist, composer, and singer professionally known as NANA AMA. In 2021, she was honored by the 3Music Awards Women’s Brunch for her contributions to Ghana music over the past decades. Nana Ama was born in Accra, Ghana. She had her secondary Read more…
By , 51 years ago

Camidoh real name Raphael Camidoh Kofi Attachie (born 21st day of January 1994) is a Ghanaian Afropop/R&B singer, songwriter, rapper, and record producer. He was born in Aflao in the Volta Region of Ghana and raised by a single mother in Ho, the capital of Volta Region, Ghana. He studied Read more…
By , 51 years ago

O’Kenneth is a young Ghanaian rapper and songwriter from Kumasi signed under Life Living Records who gained recognition across the globe as part of the Asakaa Boys which consist of nine young and talented musicians. In Ghana, there are nine young men who call themselves the Asakaa Boys, namely: O’Kenneth, Jay Read more…
By , 51 years ago 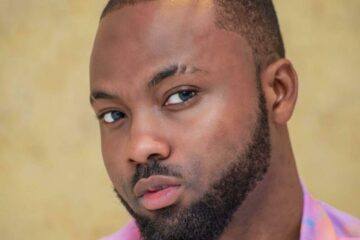 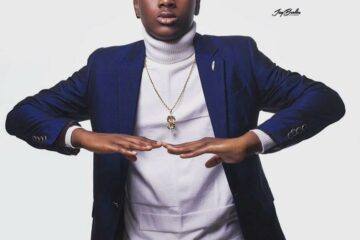 Larruso is a Ghanaian Reggae/Dancehall and Afrobeats artist who made his swift rise in the music scene in 2019 following the release of his debut single “Killy Killy” under his label “Jadon Shatta Entertainment”. This records him as the first Ghanaian upcoming artist to break to stardom instantly after being Read more…
By , 51 years ago 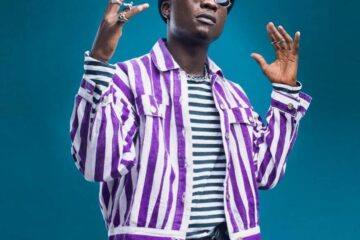 Kofi Jamar real name Derrick Osei Kuffour Prempeh born on 7th April 1995 is a Ghanaian rapper, singer, and songwriter from Bantama, Kumasi. With his originality and creativity, as well as the emotion he conveys in his music, Jamar has amassed quite a large audience from among the major towns Read more…
By , 51 years ago 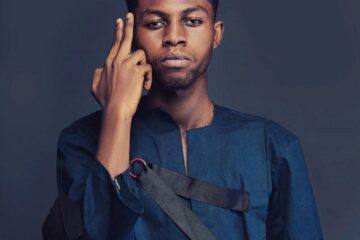 Kweku Flick real name Andy Osei Sarfo is a Ghanaian hip-hop and hiplife genre artist who rose from Asante Mampong in the Ashanti region of Ghana. He is an old student of Saint Hubert Seminary SHS, Kumasi. this year new artists have not really come with so many hit songs. one of the Read more…
By , 51 years ago

Zafonic real name Zafonic Frimpong Oppong is a fast-rising Afro-pop and Afrobeat singer and songwriter born and raised in Ghana but based in the UK. He completed KNUST SHS, attended KNUST for months, and left to study law in London. He used to records most of his songs at Atumpan’s Read more…
By , 51 years ago

Yaw Tog rel name Thorsten Owusu Gyimah is a fast-rising Ghanaian drill musical sensation from Kumasi in the Ashanti Region of Ghana. He is marked as a pivotal contribution to the emerging drill scene which started in Ghana’s Ashanti regional capital of Kumasi. He is best known for his 2020 single ‘Sore’, Read more…
By , 51 years ago

Ghanaian Afro Singer, Rapper, Fashionista, Songwriter and a performer Samiru Eliasu, known popularly as Baron Slanzy, He was born and raised in Akoon – Tarkwa, Western Region -Ghana. He began his musical career profession in 2014 during his Junior High School times. He is also in the fashion scene, which Read more…
By , 51 years ago

PROFILE Myx Quest real name Myx Boadi-Alawiye Michael Kofi Quest is a Ghanaian record producer, composer, songwriter, and musician based in the United Kingdom. Born and raised in West London particularly Shepherds Bush, Myx moved to Ghana after primary school. This move gave him the opportunity to attend the prestigious Read more…
By , 51 years ago

Mikel Cromwell popularly known as Mikey Benzy is a Ghanian born afrobeat singer from the central part of Ghana, a town called Saltpond in the Mfantsiman municipality. Mikey Benzy discovered his talent at the age of 16. He was born into a family of 3 two girls including himself. Mikel Read more…
By , 51 years ago

Andrews Commey Otoo popularly known by his stage name Mr. Drew was born on 10th June 1996 in Greater Accra Region. He is a young budding Ghanaian Highlife, Afrobeat musician, and Dancer/ Choreographer who placed first runner-up at Mtn Hitmaker 6 in 2017. He was also nominated as Unsung Artist during Read more…
By , 51 years ago

PROFILE Known in real life as Prince Ofori a.k.a Koofori,  Bosom P-Yung was born to a Cocoa purchasing clerk father and mother in Berekum in the Bono Ahafo Region. He is the youngest of five children of his parents and was raised in his hometown, Berekum. The “Attaa Adwoa” hit-maker lived in Berekum and Sunyani Read more…
By , 51 years ago
Welcome, visitor!