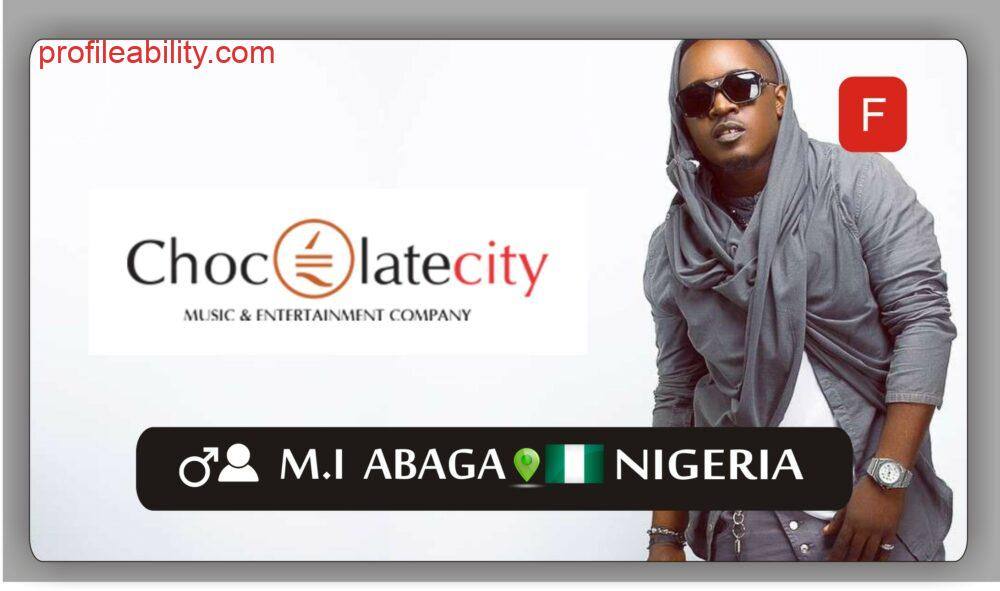 MI was born in the city of Jos, music immediately surrounded M.I’s life. M.I was able to see first hand musicians such as Panam Percy Paul, the Winners Band and the Footsteps band. M.I’s father at the time was the pastor allowing M.I to grow up around constant singing. At an early age M.I’s mother taught him the sulfa notation and how it applied to a simple chorus. It was after this that M.I began to learn how to play the keyboards; on a small 7 key toy keyboard.

By the age of 10, M.I could play the drums and keyboards to an extent. M.I also compared notes with Jeremiah Gyang who was a very close childhood friend. M.I discovered rap music when he began secondary schoo. It was here that M.I fell in love with this art form.

Around 1998 M.I got his hands on DMX’s debut album and Lauryn Hill’s Mis-education album and began to write his own music and poems. While in college M.I put aside hip hop music for an acappella group but continued his writing in hopes of one day picking up where he left off.

Towards M.I’s senior year in college he started writing long poems with a very rhythmic tones. M.I was able to record a few of his songs which were placed on a college album.

On returning to Nigeria in 2003, M.I returned to Jos, which was brimming with young rappers and hip hop producers. Through the influence of Jeremiah and another talented Jos producer “E Kelly,” M.I quit his job and started to work at Inner Hub Studios and to work on producing and recording his own music.

M.I was signed to Chocolate City in 2006 and came out with the hit single “Crowd Mentality” which had topped charts all over Nigeria. M.I today has continued to grow into stardom in Nigeria. He has participated in a variety of shows, worked with other Nigerian artists such as Modenine, Jeremiah Gyang, Styl Plus and more. M.I has been a part of various projects such as Bring the Noise traveling to other African Countries as well as the UK collaboarting with other artists and performing.

M.I is set to drop his album this year and proves to be one of the greatest new Nigerian Hip Hop artists. His words will move you with their deep messages as well as get you up off your feet. His journey is only beginning!